An Introduction to Ayurveda 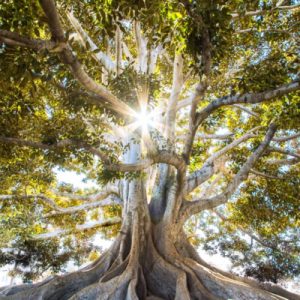 Ayurveda is a traditional system of healing that was first recorded in India about 5,000 years ago. The sages of India wanted to alleviate the suffering of mankind and Ayurveda was considered the solution. The word Ayurveda comes from the Sanskrit words ayur (life) and veda (knowledge), making it the ‘science/knowledge of life’. Ayurveda employs diet, lifestyle, herbal medicines, and treatments as well as rituals to restore mental, physical, social and spiritual health.

The origins of Ayurveda can be traced to about 6,000 BCE; they were passed from generation to generation as part of an oral tradition. While some concepts of Ayurveda have existed since the times of the Indus Valley Civilization, the first written form of Ayurveda evolved from the vedas – the large body of knowledge texts that are dated to 1500 – 1000 BCE.

Healing of the individual and the environment: Ayurveda principally focuses on harmony and balance, not just within one’s body, but also between individuals and their environment. According to Ayurveda, every animate creature including humans have a complex system of body, mind, soul and life force known as prana.

Wellness and Disease: Ayurveda highlights the need for prevention of disease through proper diet, lifestyle and positivity of mind. It even goes so far as to say that the mind and stomach are the root of most diseases. Ayurveda does not focus on symptoms, but rather aims to diagnose and treat the cause of the imbalance that is responsible for the disease. Symptoms can be treated however they are considered as warning signs of an imbalance on a much deeper level. Ayurveda emphasizes that suppressing natural urges, such as yawning, belching, passing flatus etc is unhealthy and can lead to illness. It highlights the need for moderation in diet, sleep, and sexual intercourse.

Ayurvedic components of Life: All of this cosmic creation is considered to consist of the five great elements known as the PanchaMahaBhutas which are listed below in increasing order of density:

The human body and all that exists within this universe is made up of these five elements which combine in different proportions to create diversity in form.

Theory Of Disease: In the human organisation, the dosha combination gives rise to different physical, emotional and psychological characteristics.

As long as the innate balance of these doshas are maintained, the individual will experience good health, but if there is any imbalance, it makes the person susceptible to physical and mental illnesses.

The 8 Medical Branches of Ayurveda: The Ayurvedan system of medicine can be divided into eight branches. This is collectively known as Ashtanga which means eight limbs or parts. Ashtanga comprises the following:

Healing through Ayurveda:
Ayurveda views the physical, mental, and emotional aspects of human beings as a single unit that is influenced by the combination of elements in our systems which in turn are influenced by diet, lifestyle and environment. An imbalance in the elements causes the srotas (the channels in the body that transport fluids and energy) to become blocked, which leads to disease. One of the primary methods of treating and preventing illness is through cleansing the srotas. It is through the srotas that the Dhatus (the cells of the body) get nourished. The dhatus make up the structure of the body and should the dhatus be deprived of nourishment, disease results. Ayurveda emphasises that that any treatment will not have a permanent effect if the individual does not follow an appropriate diet and lifestyle suitable to his/her dosha imbalance.

Click one of our contacts below to chat on WhatsApp

WhatsApp Chat is free, download and try it now here!