Stree is an organisation with a vision towards women’s empowerment and protecting Mother Earth. “Stree” means ‘Woman’ in Sanskrit, the most ancient language of the world today.Founded by Renu Gulati, a UK lawyer and Ayurveda practitioner based in Rishikesh. Renu has always been intrigued by natural living since she was a child. She healed herself from amoebic dysentery when she was 18 with carrot soup and avoided the use of prescribed medicines. She used to collect beads and make her jewelry from the bead shop at deals yard, Covent Garden in London. She was fascinated by all things natural and handmade.

At that time the word sustainability was not in use, however when we take a look at Ayurveda, a 5000-year holistic healing science. We see that it is based on ahimsa or non-violence. So the natural and sustainable life seems to have been around for time immemorial in every culture across the globe.

In a way, the very essence of Stree sprouts from Renu’s younger years but has manifested in the form of stree since Oct 2019. Stree is founded on the fundamental principle of Ayurveda, ahimsa, and seeks to empower women and protect Mother Earth. When we work on the principle of ahimsa, we achieve healthy, happiness, and harmony for the world. Stree empowers women across India with a healthy, fair trade livelihood, to make our sustainable products. We sell our products globally so that we can offer sustainable choices for you to consider. All our products are made with love for you & Mother Earth. Our story is a growth story with ever evolving horizons.

It is all our collective responsibility to live a harmonious life with our Mother Earth. The word ‘sustainability’ is relatively new in the English dictionary and is abundantly used today. However, the concept has been around since time immemorial. Sustainability for me is a life with minimal harm to oneself, others, and the environment as a whole through healthy thoughts, words, and deeds. This sounds a bit moralistic but it is not intended that way, I merely quote the words of the ancients, ahimsa, non-violence. If we focus on ahimsa, then we can see sustainability is a part of this.

In the modern world, we associate the word sustainability with eco-friendly green living. This was the natural life of the ancients across the globe which was rooted in Ayurveda, the science of life, a 5000-year-old plus system of healing that permeated life by living in harmony with the environment. When we don’t live in harmony with nature’s Rhythms then dis-ease happens in the individual, family, society, and the environment.

In terms of practical steps, stree is taking towards sustainability, we source and design sustainable biodegradable products and are working towards recycling and upcycling as part of this.

We also provide education about the need to live a sustainable life for a harmonious present and future. In ancient societies, people lived this way anyway and education was through the example of the elders. in the same way, we have to be the change we want to see as Mahatma Gandhi put it. Let’s take small steps towards ahimsa and the harmonious future is ours to be. 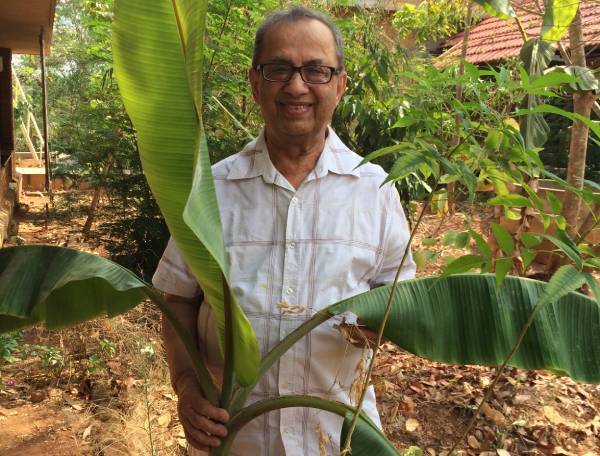 There are many civilizations in the world where respect for women and their role in society are prominent, and others where regard for them and their status should be improved. Yet the level of civility along with moral and spiritual standards in a society can often be perceived by the respect and regard it gives for its women. Not that it glorifies them for their sexuality and then gives them all the freedom men want so they can be exploited and taken advantage of, but that they are regarded in a way that allows them to live in honor for their importance in society with respect and protection, and given the opportunity to reach their real potential in life.

Among the many societies that can be found in the world, we have seen that some of the most venerating regard for women has been found in Vedic culture. The Vedic tradition has held a high regard for the qualities of women, and has retained the greatest respect within its tradition as seen in the honor it gives for the Goddess, who is portrayed as the feminine embodiment of important qualities and powers. These forms include those of Lakshmi (the goddess of fortune and queen of Lord Vishnu), Sarasvati (the goddess of learning), Subhadra (Krishna=s sister and auspiciousness personified), Durga (the goddess of strength and power), Kali (the power of time), and other Vedic goddesses that exemplify inner strength and divine attributes. Even divine power in the form of shakti is considered feminine.

Throughout the many years of Vedic culture, women have always been given the highest level of respect and freedom, but also protection and safety. There is a Vedic saying, “Where women are worshiped, there the gods dwell.” Or where the women are happy, there will be prosperity. In fact the direct quotes from the Manu-samhita explains as follows: 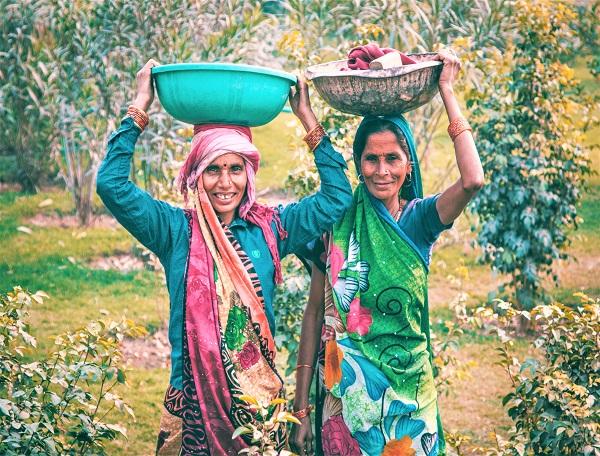 “Women must be honored and adorned by their fathers, brothers, husbands, and brothers‑in‑law, who desire their own welfare. Where women are honored, there the gods are pleased; but where they are not honored, no sacred rite yields rewards. Where the female relations live in grief, the family soon wholly perishes; but that family where they are not unhappy ever prospers. The houses on which female relations, not being duly honored, pronounce a curse, perish completely, as if destroyed by magic. Hence men who seek (their own) welfare, should always honor women on holidays and festivals with (gifts of) ornaments, clothes and (dainty) food.” (Manu Smriti III.55-59).

In a similar way that would foretell the future if women are no longer honored, Grandfather Bhishma explained: “O ruler of the earth (Yuddhisthira) the lineage in which daughters and the daughters-in-law are saddened by ill treatment, that lineage is destroyed. When out of their grief these women curse these households, such households lose their charm, prosperity and happiness.” (Mahabharata, Anushashanparva, 12.14)

Ayurveda is a traditional system of Healing that was first intuited in India about 5000 years ago. The sages of India, unable to tolerate the suffering of the world prayed for its welfare and it was through such prayers, Ayurveda was revealed. The word Ayurveda comes from the Sanskrit words ayur (life) and veda (knowledge), making it the ‘science/knowledge of life’. Ayurveda employs diet, lifestyle, herbal medicines and treatments as well as rituals to restore mental, physical, social and spiritual health.

Ayurveda’s fundamental principle is to live a life in harmony with nature. It sees the individual as a microcosm of the universe, the macrocosm.

Ayurveda is based on the core principle of non violence and it is through this principle that disease is minimalised for both the individual and environment.

Caring for the individual and environment, which is an interconnected whole, Ayurveda is a holistic science. 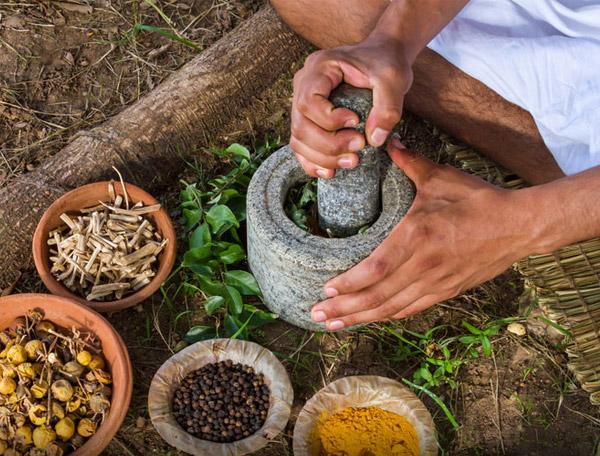 Click one of our contacts below to chat on WhatsApp

Social Chat is free, download and try it now here!